Dongle Daddy is an idea I had for a helpful litte web app. It helps people who are less technically able, and who don't know what cable they need to connect one device to another. Try it out for yourself to see how it works. After asking some questions about the users device and the ports on that device, it consults it's matrix of cables and ports to suggest the correct cable (with a link to Amazon or BT Shop to buy it).

Upon launching, Dongle Daddy was featured heavily across the internet, appearing on multiple tech blogs such as The Next Web, and it hit the dizzying heights of position 17 on the front page of Hacker News. People have commented that they have ended up with the right cable thanks to the site!

I set out to build this app with performance in mind, therefore I aimed for a tiny bundle size. I used Preact, a 3kb alternative to React. It has the same API as React which means I already knew how to use it, but it saves around 40kb compared to React. I used stateful components rather than a flux implementation for simplicity, and as Dan Abramov says, you don't always need Redux!

The other part of this application is an API, built with Node, which returns the correct link to a product on Amazon or BT Shop based on the users region and the cable required. I built this as a seperate server so all the link data doesn't have to go into the javascript bundle. 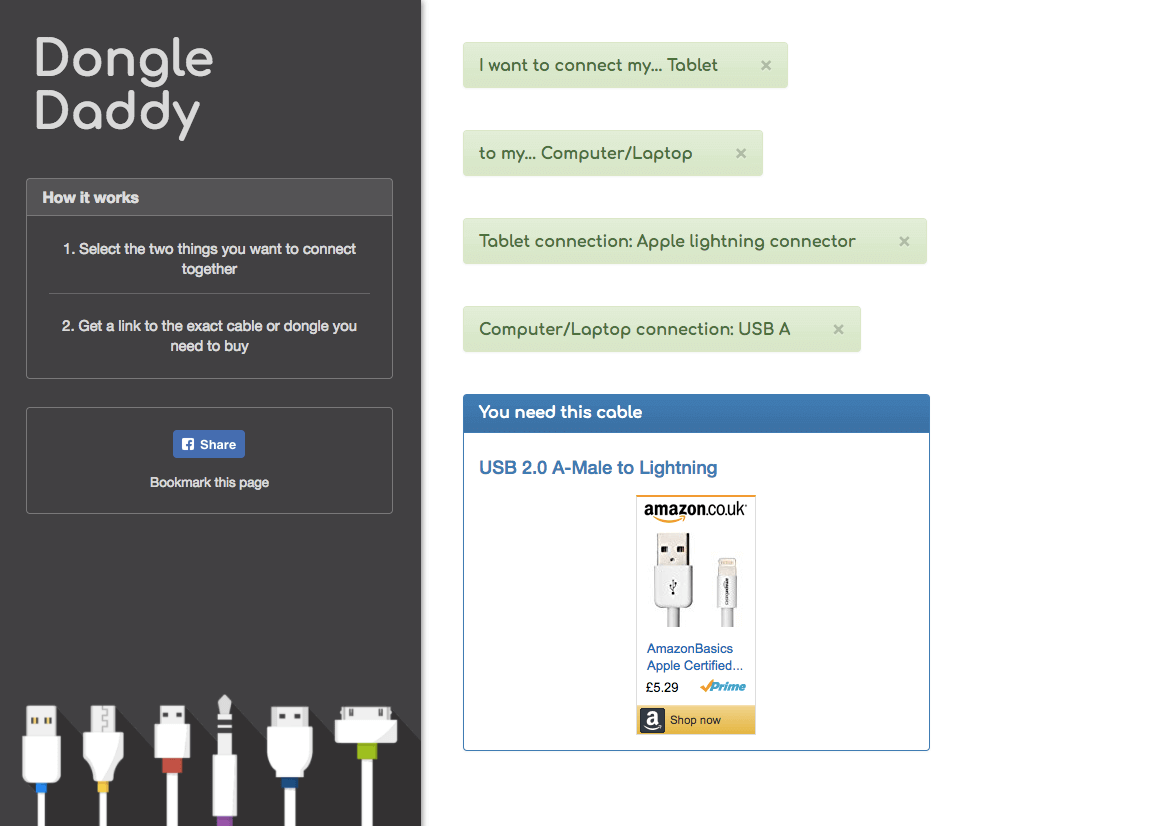